I did it (again).  31 poems in 31 days.  Some were good and you agreed, some I thought were good probably weren’t, and some of the bad ones were at least entertaining.

I like this stunt that I’ve pulled, and I appreciate each and every comment or like–they make me feel less like I’m throwing an envelope into the ocean.  Thanks, also, to new followers who felt it was interesting enough to become part of the group.

I’ve decided to post a new poem once a week from here on out.  The quality should go up as the quantity goes down, but that isn’t a given, is it?  I think I’ll post them on Sundays.  I’ll continue as long as someone is being entertained.

I also have some book things happening, and school is starting so I can work full-time on those.  Here’s to hoping we all have a rip-roaring finish to 2017.  See you on Sundays.

I don’t have anything to say today.
It’s Sunday, and no one is reading.
But if I want to check my box,
Some sort of poem I’ll be needing.

There once was a middling poet,
Who didn’t know when to stow it.
She tortured poor August,
‘Til downward she boggest.
Barrel bottom? She ventured below it.

Limericks are the last lazy refuge
Of a poet in complete desperation.
That said, I worked twenty whole minutes on that–
A masterwork of self-deprecation.

Note: I have something I think is better that I’m saving for tomorrow. It’ll be interesting to see if anyone else thinks it’s better. *snort* 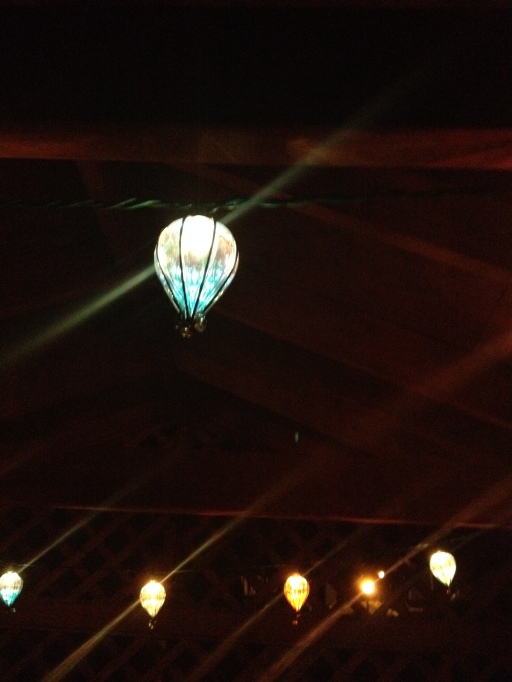 Where do I get them?
Well, my ideas are pests.
They bother me all the time
Yelling, “Look at me, I’m the best!”

I can’t drive, run, or walk
Without finding one on the ground.
They try to play it like coincidence,
But I know they follow me around.

Like too many children,
I can’t give them all attention.
The best ones get my blood and tears.
The others? Honorable Mention.

Everyone creating something (unless it’s fan art/fiction) will get asked at some point, “How did you come up with that? Where do you get ideas?” I can’t tell you where mine come from exactly, but it’s critical for me to let my mind wander, to notice details, and to go outside, away from all the things and screens and small, loud people. You might see a guy riding a bike anywhere. Look closely, and you’ll see that he’s carrying his stuff in a Crown Royal bag dangling off the handlebars. Now you have a story.

I’ll start off by letting you all in on a big thing.  I have written thousands of words in the last few months.  Some of them are very cleverly put together.  Some of them are put together as if the dictionary had the stomach flu, but I’ll fix that later.  But… BUT…If I’m writing all these words, WHERE ARE THEY?!?  Right?  And why am I writing about writing when I said I wasn’t going to do that?

I’m not publishing anything because I am writing a novel.  Given that I am also caring for Things One and Two full-time, this is being accomplished in the three and a half hours a week that they are both in preschool at the same time.  It *is* being accomplished, though.  As I dig my way through Chapter 3, one stolen prison dining hall teaspoon at a time, I believe it’s actually going to make it all the way to Chapter 12.  It’s a fantasy novel.  I’m not at liberty to go into detail, because the idea is…well…novel.  I don’t want to spill the beans until I actually have the thing in hand.  It’s outlined, timelined, and I know what the two follow-up books would be in major plot strokes.  I love the main characters.  I think fantasy readers will, too.  I can’t even say it’s “insert famous book”-like.  It’s new.  It’ll be interesting as long as I just let it be what it needs to be.

Given that I have the opportunity to take a wonderful idea and fully realize it (at least to the extent of my capability), I’m putting the blog on official hiatus.  I’ll post a thingy here and there when the mood strikes me, but I need to reserve those three hours a week to work on the novel.  At the rate I’m going, I expect to have a first draft in about a year and a half from when I started writing.  If I can speed that up, I will, but hey….that really isn’t that long.  I’ll leave the blog open, and if something strikes me funny, I’ll share it.  I probably won’t be doing any of the long pictures and humor posts for a while, though–while I love those, they take a lot of time.  It takes me hours and hours to sound quite that slap-dash, and even more time to carefully plan and stage those most professional pictures.

So… I’m not really writing about writing.  I’m writing about how glad I am that I can just say, “Not this year, honey,” to the blog without impacting my financial outlook.  If there’s someone who is disappointed that they won’t see more of the humor pieces…I hope you’ll like the novel.  There’s plenty of wry humor in it so far.

I also wanted to say how thankful I am for this blog.  I was encouraged to do this by several friends, one in particular, and it made me think that writing was something I wanted to make time for.   That opened the door to the bigger possibilities… I think if I hadn’t already been writing, I would have let the idea for the novel wither off into the ether.  For everyone who is following me, or has liked or commented on something–thanks, man.  You’re the best.  I also know that you’ll understand why I am choosing to spend my limited time where I am.

Light a candle for me every Thursday and Friday between 9:00AM and 10:45AM PST, excluding holidays and teacher inservice days.  That’s when my Martha Stewart lifestyle gets put on hold while I live the dream.

So… where’ve I been?  What happened?  Did I think that last awesome post about socks was the penultimate piece of writing I was ever going to do, and retire to the seclusion of my private island?  Well, no.  My private island is currently caught up in some red tape over “somebody can’t own an iceberg” and “polar bears don’t even use money” and “we don’t believe that you bought this from a polar bear.”   If you are still here, I owe you an explanation, and an apology, but it’s not going to be the explanation you expect, and the apology isn’t for not being here writing something funny exactly.

First, I haven’t been writing.  At least, I haven’t been finishing.  That’s pretty much the explanation.  I haven’t finished anything because I have been trying to get more sleep.  It turns out that getting five hours of sleep every night sort of does in a person’s ability to be a full-time parent and general purpose human being.  In a bid to improve everything, I’ve been trying to be in bed by 11:00PM every night.  Yes, “trying to be in bed by 11:00PM.”  And still failing part of the time.  Let me walk you through our “routine.”

8:00AM Get out of bed after checking Facebook, put coffee in self and self in shower

8:30AM Wake up Thing One (four-year-old boy) and Thing Two (two-year-old girl)

8:30 AM-6:30PM  All hell breaks loose and nothing gets done that is not immediately undone, or offset by something else

6:30PM-9:30PM Dinner and running and maybe some time to start the cleaning while Daddy entertains, then the LONGEST BEDTIME ROUTINE EVER

Writing would happen after that last part.  I thank my lucky stars that the kids are not early risers.  It would have made my life an unbearable tragedy.  If you have children without the curiousity of 1,000 experimental scientists and the energy of supernovas, good for you.  I’m sure you have a nice routine that works for you.  My kids?  Not so much.  They are bright, and fun, and enthusiastic, and generally pretty happy…and as messy as a pair of cyclones.  There is currently a mural all over the basement done in sidewalk chalk.  There are Duplo blocks in a drift across the floor.  Thing One was reading some books today, so there’s a pile of books in the living room.  Thing Two was playing with the play kitchen, so there are fake bananas and plastic cans of peas on all three levels of the house.  All of her stuffed animals are out because they each needed a cuddle in her Big Girl Bed.  Etc… etc…

And the point of that ramble was… ummmm…  oh.  Right.  I can’t get that picked up until they are asleep.  No, they don’t take naps.  Naps are the devil.  Naps make them stay up all hours of the night (demonstrating that they don’t actually need one).  I would happily take a nap myself, except I would wake up from a 15 minute nap to a child on the roof and a mess that takes six or seven hours to deal with.

This only took an hour or so to clean up.  Score!!

And the point of that ramble was… ummmm… oh.  Right.  In order to get more sleep, I have to go to bed earlier than I was, which means no writing time.  I also sleep very poorly a lot of the time, so my 7 hour night is often less.  More sleep.  It’s a worthy goal.  Still just a goal, but I will keep working on it, and probably writing less.  I have some things I need to write, though, so if you’ll stick with me, there will be content.  I will be that friend who never remembers your birthday, but shows up at the hospital with a handmade needlework get-well card.  ‘Cause that’s pretty much who I am.

The apology.  I’m sorry.  I should have told you.  I should have set a more realistic expectation, and I should have posted a note that said, “Hey, I’m not writing anything right now because I’m exhausted.”  Now that I’ve said something, I am actually writing again, so it doesn’t really make sense.  It’s like I’ve come to explain my prodigality at the moment I want to come in and have a seat on the couch, and that is lame.  Bloggers stop blogging every day.  It’s not a special circumstance when a blog peters off into nothing…but I don’t like to think that I created a link with a reader only to flake out like all the little starry-eyed bloggers out there with big hopes and small work ethics.

All that said, I don’t have a resolution to “get back on schedule.”  I am still too exhausted to commit to that.  I will, however, say that I am still here.  I am working.  I promise not to clutter up your reader with a bunch of posts just to have posts.  I will have some new work out here soon, though, and it will be lighter than the things I started and didn’t finish.  You should be happy.