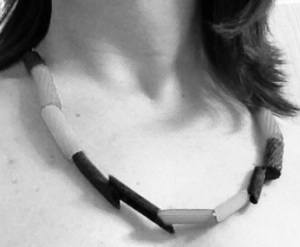 Better than a pony.

I don’t have to feed it,

I have a preschooler, therefore I get all kinds of gifts made of various things that are inexpensive and hard to break.  This was a special “surprise,” and I proudly wore it the entire day.  It has a magical power.  It makes me remember how very small they still are.

I add things, I admit,
To my coffee every day.
But when You decided to add You,
Well…You got carried away.

A tiny exoskeletoned expropriator landed in my morning coffee.  Happily, I noticed the interloper before he drank too much.  Then we followed the rules for the insect kindom:  Is it small?  Yes.  Is it slimy? No. Does it like to hang around on something disgusting? No.  OK.  Fish him out and finish your sorely needed coffee.

I have a new Power Pose now.  I usually just go for the “Top of the Hill,” which I do…at the top of a hill, after I run up it.  It involves looking out over the horizon, hands on hips, while desperately attempting to control my breathing so I don’t die.  It is full of awesome.  Today I added “Noticing Reality” to my repertoire.  To do this Power Pose, open Facebook on your phone.  Then set the phone on the counter and turn your back on it for two minutes.  You will be filled with either a gripping panic that you might have missed something, or you will realize that the front of the refrigerator is so covered with face-shaped smudges that you’re not sure if it’s white or stainless.  You may even realize that it looks this crappy because you have been looking at funny cat pictures and haven’t cleaned the house in three weeks. 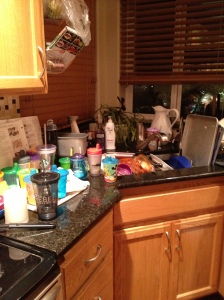 I’m really glad I Liked that comment before anyone else did. Priorities intact.

I have a Facebook problem.  I actually wear out the protective screen on my iPhone over the Facebook app before anywhere else.  It has become such a reflex that I sometimes open Facebook when I mean to open something else.  I only have 91 Facebook friends, because I sort of insist on only connecting with people I would actually meet for coffee, and how much can they really be up to since three minutes ago?  Often…nothing, despite the fact that I am checking once a day for each of them.  All I’m getting is updates from the Pages I’ve liked.  I am rubbing a hole in my phone to see that some guy I’ve never met just ran 100 miles in a tutu.  Good for him, but that floor isn’t vacuuming itself, even if I told the kids that was what I was going to do upstairs.

Why do I check it so often?  Read: Why am I so pathetic?  Well, I am an introvert and a mom who stays home.  Some days, especially if Mr. YSBH is traveling, Facebook is the bulk of my adult interaction.  There are days when it is ALL of my adult interaction.  I could go join a group of moms to drink coffee and talk about nothing but our kids.  I could get involved in something.  I could do a lot of things.  I don’t, because I don’t have the social energy right now.  An introverted person who stays at home all day with small children is borrowing social energy from the atmosphere already.  Real actual people, I think you’re great, but you exhaust me.  Facebook gives me a way to  keep in touch with you, without having to interact with you.

BUT THEN….there is that beautiful thing that happens in the morning.  I wake up, stretch my arms over my head, and reach for my phone to check Facebook.  NOTIFICATION TIME!  How many will I have this morning?  2? 6?  Because my phone gets in my face so much during the day, I rarely have more than a couple of notifications.  But every morning, it’s like Christmas.  Except I guess some days I was bad, because I don’t get anything, but that doesn’t really help my story along here….so….anyway…  Anytime I am able to ignore my Facebook for a few hours, I get an armload of comments to enjoy.  I keep my posts sort of light-hearted and entertaining most of the time, and I like to know that I’ve made someone laugh or think.  Having a pile of notifications to sort through is fun and gives me a chance to think about what I wrote and who was interested or amused.

OMAGHERD! LOOK AT ALL THE PRESENTS!!!

What would happen if I started treating Facebook like this all the time?  What if I took it off my phone and checked a few times a day on the computer?  I’d miss some things.  I wouldn’t be in the middle of some conversations that I currently enjoy.  The world might miss out on some of my funny.  Rather than breathing Facebook interaction like oxygen, I would open it up like a special package.  It would take a smaller place in my life.  I might not be in the cool kids of Facebook club anymore, because timing really is everything.  The pace of my life might slow down just a little bit. 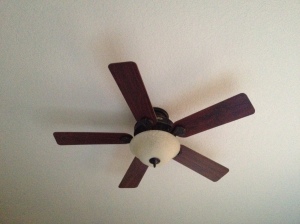 This picture, while chock-full of oxygen, does not quite have the same magic.

Can I do this, this “slow living” experiment?  Can I post my updates a couple of times a day, read what my friends have written, and let the rest of the world pass me by?  I tried it the other day.  I spent a Sunday doing other things, and left my phone on the charger, partly because a friend and I had agreed to do it together.  I cleaned stuff.  I finished up the macaroni thing and posted it.  I did a lot of stuff.  I didn’t feel like I missed much.  The next day, I was right back to whanging away at the Facebook app like it controls the very beating of my heart.  It’s fun to have Christmas, but not *every day*.  That would get old.