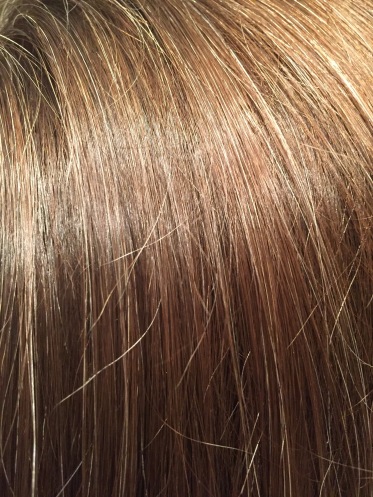 I watch from inside
as mortal becomes remains
finally, cede control

I am 44, and my multi-hued hair is turning from primarily dark brown to a sort of salt and cayenne mix.  Someday I imagine I’ll have some pinkish fluff on my head that matches the ill-mannered apricot poodle I also intend to have.  I don’t mean to dye my hair, unless I find some shockingly bright color appeals to me.  I suppose then I’ll have to dye my poodle to match.

Why such a morbid poem about gray hair?  Well, it’s not about gray hair.  It’s about realizing that I can’t control any of this, the riotous hormones, my once luxurious hair, the fluid shape of my middle.  I can only be kind to myself.  I can eat something because it makes me feel well.  I can take a walk because the outdoors sustains me.  I can see people, and write words, and spend several hours hand knitting a dishcloth, though my dishcloths have lives that are nasty, brutish, and short.  I can let go of the frustration of being stuck on the worst amusement park ride ever (Ride the MenoCoaster!  Money back if you don’t feel like screaming!) and just….slowly….breathe for a few minutes.

Just when that quiet wants to turn to tears, the school bus brings the circus back to town and saves me from a surplus of contemplation.  Maybe I should get that poodle soon, and teach it some tricks.

Just write it down
No matter where
Card, receipts
Bleed it there

When it bursts
Don’t edit, censor
The whirlwind creates
Sense comes after

I have little bits of words scrawled in the margins of everything in our house.  Some of it is probably disturbing for my husband, given the horror stories I write.  I’ve learned that I have to write down ideas.  If I think of a particularly poignant sentence construction, a clever rhyme, a novel that will surely both disturb and entertain–I write all that down.  If I don’t, I won’t remember it.

It’s a bit of young writer’s conceit that if an idea is worth pursuing, you’ll remember it.  Sorting your ideas this way is like having your toddler sort the mail.  You will absolutely get some mail.  The odds that it will be the boring looking electric bill are pretty slim, though, and you might need that.

I write it all down.  Some of it is nonsense.  Some of it I can hardly read.  Some of it turns into amazing stories or phrases or entire poems.  I fill notebooks.  It’s my hoard of possible treasure.

Note:  By “weekly,” I meant pretty much every week, not EVERY week, and by “Sunday” I meant around Sunday.  Last week I was finishing the last rewrite of The Tiny Giant and my head was wrapped up in that, as it should have been.  Have a great week. 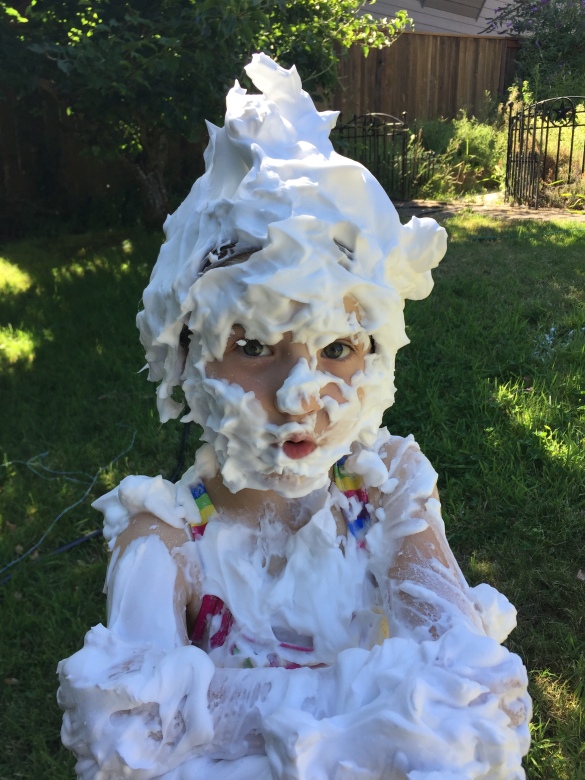 I am lucky enough to have one of each–a wise little old soul and a sparkly new one.  These littles with the newly minted souls burn fiercely, and she gives me hope that we will find our way, that the mistakes of our past do not have to be repeated.  Love big, cry hard, laugh loud, and try all the things.